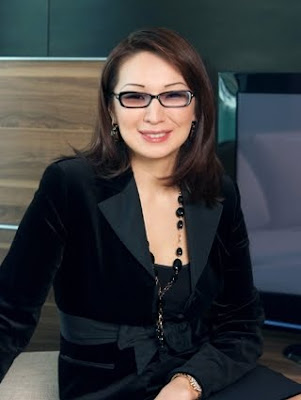 Leo Sterling expects first half of 2010 to be tough on industry players, gradually easing out run-of-the-mill brokers from the market

Leo Sterling, UAE’s premier select property portfolio managers, has revealed that it has shored up its offerings in the ready property segment as it expects demand to gradually pick up within the next six months, driven in part by proactive government intervention, such as the planned move in the UAE to allow foreigners 100 per cent ownership of businesses. Leo Sterling further revealed that the next few months will remain a characteristically tough period for the property industry in general, although it will be in tune with an ongoing trend of market correction and stabilisation.

Furthermore, Leo Sterling pointed out that the UAE economy's positive growth trajectory will provide additional leverage that will enable the property market to weather the lingering effects of the global recession. The UAE Minister of Economy H.E. Sultan Bin Saeed Al Mansouri has earlier revealed that the UAE is expected to achieve a real growth of 1.3 per cent in 2009, which will increase to 3.2 per cent in 2010, paving the way to complete recovery for the UAE economy.

Laura Martorano, CEO and Founder, Leo Sterling said: "We need to focus on the actual picture to be able to determine the genuine prospects that await us in the future. In real terms, there has been no significant growth at the height of the economic depression. However, with proactive government intervention such as the move to allow 100 per cent foreign ownership, I believe that brokers are now being empowered to provide bespoke offerings and services that are designed to reinforce investor confidence in the local property market."

"In this regard, while others will struggle to survive in this period of transition, fundamentally strong and quality-driven brokerage companies can take advantage of the market lull to focus on more strategic investments such as Leo Sterling's recent expansion initiative in the UK, where we set up a new office to target fresh markets and bolster our portfolio. These measures have given us greater leverage to capitalise on the excellent business prospects that will be unlocked when the market turns around within the next six months," added Martorano.

To underline its point, Leo Sterling cited the recent statistics from the Real Estate Regulatory Authority (RERA) which shows that there are now around 2,088 approved brokers in Dubai, which is already half of the total number in 2008. Leo Sterling expected this number to further decrease within the coming year and be reduced to a few dozen brokers as a result of the natural process of elimination.

"We believe that 2010, particularly the first half of the year, will be critical to industry players as the ongoing price corrections and the stabilising effect of the market shake-up will eliminate weak, run-of-the-mill brokers that have relied heavily on speculative investors and overpriced property offerings. We have anticipated this situation, which is why Leo Sterling continues to emphasise on long-term value in our property offerings. As such, we have fortified our portfolio in the ready segment, which has remained relatively stable and hugely attractive to genuine buyers and investors, who will be increasingly coming onboard within the next few months," concluded Martorano.

Powered by a highly experienced, multilingual team of global experts and professionals, Leo Sterling has been aggressively consolidating its market presence through a comprehensive, long-term growth strategy in the UAE's property sector. Leo Sterling has also established a new regional office in London, seeking to further strengthen its growing client base in the UK and Europe.
Posted by Imre Solt at 10:57 PM