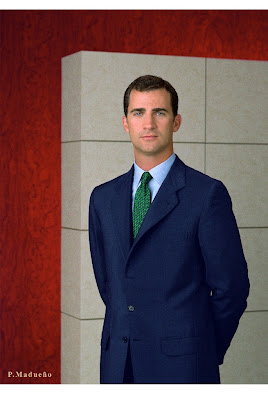 The Crown Prince of Spain, Felipe de Borbón y Grecia has confirmed his participation in the upcoming World Future Energy Summit in Abu Dhabi. His Royal Highness will be a keynote speaker in the Plenary welcome session on the first day of the Summit on January 18th.

President Obama recently named Spain, Germany and Japan as three countries that have made a "real investment in renewable energy". The investment has resulted in the Spanish renewable energy market growing tremendously over the last eight years.

H.E. Gonzalo de Benito, Ambassador of Spain in the United Arab Emirates said: “Spain represents one of the leading countries worldwide in the renewable energy industry. Spain strongly supports the International Renewable Energy Agency (Irena) in Abu Dhabi. We foresee a strong Spanish presence at the third edition of the World Future Energy Summit in Abu Dhabi, through the presence of H.RH. Prince Felipe, Crown Prince of Spain; together with a larger number of Spanish leading companies.”

In his role as Crown Prince he has played a very active role in the promotion of Spain's economic and commercial interests. His Royal Highness graduated from University of Georgetown (Washington DC) with a Master's degree in International Relations at the Edmund Walsh School of Foreign Service.
Posted by Imre Solt at 4:04 AM