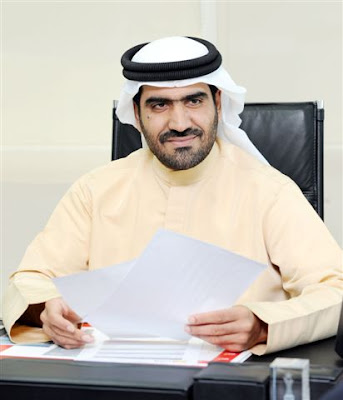 1.2m passengers use Mall of the Emirates Station

Dubai (RTA) Fahad Al Maamari:
A statistic compiled by Rail Agency of Roads and Transport Authority (RTA) indicated that Dubai Metro had lifted 7,592,066 passengers from the date it was launched on 9 September 2009 to January 2010 through 11 stations on the Red Line.
Ramadan Abdullah, Director of Rail Operation Department at Rail Agency, stated that the Agency opened Dubai Mall Station on 3 January this year, one day before the official inauguration of the tallest tower in the world coinciding with the 4th anniversary of Accession Day of His Highness Sheikh Mohammed bin Rashid Al Maktoum, Vice President and Prime Minister of the UAE and Ruler of Dubai, as Ruler of Dubai.
Ramadan emphasized that the Mall of the Emirates Station was still the most attractive to commuters and tourists alike topping the list during the period from 9 September 2009 to 9 January 2010 with 1,265,646 passengers followed by Khalid bin Al Waleed Station with 1,111,301 passengers, Al Ittihad Station with 1,007,564 passengers, Al Rashidiya with 766,908 passengers, Nakheel Harbour and Tower Station with 766,472 passengers, Deira City Center Station with 749,930 passengers, Financial Center Station with 652,149 passengers, Al Rigga Station with 539,692 passengers, Al Jafiliya with 407,878, Airport Terminal 3 Station with 294,004 passengers and Dubai Mall Station with 30,522 passengers.
He continued: “The Metro is witnessing considerable turnout on Fridays, official holidays and public events such as the two Eids and National Day celebrations. We, therefore, urge Metro users to be patient, not to push their way hastily to the trains, and read the tips & guidelines compiled by those Rail Agency specialists for the safety of all passengers. Commuters need not throng at the train doors as it is a key factor responsible for the slow traffic in boarding and alighting of the metro”.
Ramadan continued that the success of the Metro was a real success for the city of Dubai and a true reflection of the bustling passenger traffic. “What we see today is an evidence of the urban mutation witnessed by the city of Dubai in various fields, the latest of which is the Dubai Metro. He further noted that Dubai Metro succeeded in attracting many people towards using the metro as their main mode of transportation and contributed to reducing traffic congestions and gas emission from some vehicles and motorcycles thus assisting in conserving the environment and adding an atmosphere of fun and joy” he concluded.
Posted by Imre Solt at 5:08 AM