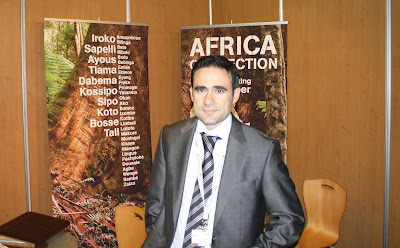 Green Resources SL, a leading company in the international wood import industry, has expressed optimism that the demand for exotic timber in the Middle East region is likely to increase over the next few years. The company, which is making its debut at the ‘Dubai WoodShow 2010’, has pointed out that despite the current global economic down turn, the Middle East region’s construction and development sector remains the least unaffected - thereby creating a constant demand for key construction materials like wood and timber. Green Resources SL’s participation also marks the company’s commitment to connect its suppliers of Western African sawmills with some of the top wood-based importers from the Middle East and North African region (MENA).

“Participating for the first time at ‘Dubai WoodShow 2010’ has allowed us the immense opportunity of forging new partnerships and creating business opportunities with the region’s key players,” said Abel Guilien Mateu, Sales Director, Green Resources SL. “The event has become an important and strategic venue to help connect wood based suppliers like us with contractors, vendors and distributors, and we remain positive of the prospects in the region, given our confidence that the demand for exotic timber will increase in the next few years.”
Posted by Imre Solt at 5:07 AM