DOMOTEX Middle East 2010 to serve as platform for buyers from Lebanon, Syria and Jordan to source finest floor covering products 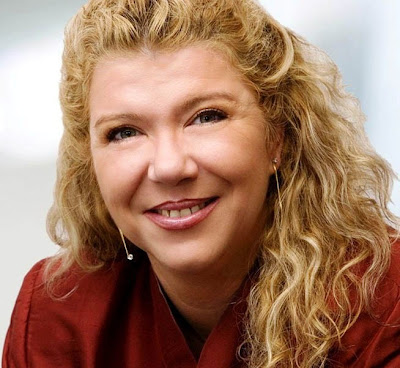 DOMOTEX Middle East 2010 to serve as platform for buyers from Lebanon, Syria and Jordan to source finest floor covering products

DOMOTEX Middle East 2010, the MENA region's only dedicated trade show for carpets and floor coverings, has revealed that it is targeting the high potential markets of Lebanon, Syria and Jordan given the major focus on the real estate and industry sectors in these countries. In Lebanon for instance, real estate values are projected to rise by 10 to 15 per cent each year until 2013, helped by the marked increase in investments by Arab property investors. Likewise DOMOTEX Middle East noted that a construction boom is expected in Syria as well following the Government’s plan to spend USD 50 billion on infrastructure projects over the next five years, while in Jordan the construction sector rebounded in the fourth quarter of last year, growing 12.8 per cent from a year earlier.

DOMOTEX Middle East also pointed to the significant growth of the tourism and hospitality sectors of Lebanon, Syria and Jordan. According to a report published by the World Tourism Organization (WTO), Lebanon recorded the highest growth rate worldwide in 2009 in terms of tourist numbers, while in Syria tourist figures rose 15 per cent last year. Whereas in Jordan, the country’s travel and tourism economy’s real GDP is expected to grow 4.9 per cent per annum between 2010 and 2019, according to the World Travel and Tourism Council (WTTC).

DOMOTEX Middle East 2010 will be held from May 10 to 12 at the Dubai International Convention & Exhibition Centre (DICEC), showcasing a comprehensive range of flooring solutions targeting various construction and real estate projects across the GCC and Levant countries.

Angela Schaschen, Managing Director, Deutsche Messe Dubai Branch said: “The economy of the Levant region has been growing at a steady pace in recent years, and this has translated into a significant growth of the construction and industrial sectors of countries such as Lebanon, Syria and Jordan. DOMOTEX Middle East is geared up to fully complement this growth by providing an ideal platform to source the finest carpets and floor covering products as well as world-class technology and expertise.”

DOMOTEX Middle East is expected to build on the momentum generated by DOMOTEX HANNOVER 2010, which was held from 16th to 19th January 2010. DOMOTEX HANNOVER reported a substantial rise in attendance with some 38,000 professionals visiting the event and a total of 1,376 exhibiting companies from over 65 countries. This year's participation represented a three per cent growth in visitor attendance while exhibitor numbers have remained steady. The positive turnout has ensured the continued success of DOMOTEX HANNOVER in spite of the tough global economic conditions and has given the industry the stimulus for sustained growth in the coming year. Meanwhile, DOMOTEX asia/CHINAFLOOR, which was held from March 23rd to 25th 2010, witnessed an overwhelming number of visitors, especially on the opening day. The footfall of the visitors at DOMOTEXasia/CHINAFloor was a testament that the flooring industry was back on track in China.

Achieving average revenues of EUR 242 million, around 894 employees, more than 60 foreign representatives and an exhibition centre with a superb infrastructure totaling 1 million square meters of space, Deutsche Messe - based in Hannover, Germany - is the world's foremost trade fair company.

It has extensive expertise and experience in planning and executing around 100 trade fairs and exhibitions in Germany and abroad every year, involving 25,000 exhibitors, 2 million visitors and 15,000 journalists from over 100 different countries.

The main emphasis continues to be on flagship international trade fairs for capital goods, run by Deutsche Messe in Hannover. The aim of these tradeshows is to represent the latest markets and highlight international market trends. They are also a forum for applications-oriented demonstrations of the latest technology, as well as new launches of cutting edge technologies and presentations of the latest research findings.

Apart from its competence in running international trade fairs and the unique capacity of its exhibition center, Deutsche Messe offers exhibitors an excellent range of quality services, ensuring the best possible support before, during and after the show.

DOMOTEX Middle East, the only specialized floor covering show in the Middle East and North Africa region, is organized by Deutsche Messe, the name behind DOMOTEX Hannover, the world’s leading trade fair for floor coverings and carpets and DOMOTEXasia/CHINAFLOOR, the number one flooring show in Asia.

The continuous growth and steadiness of all three flooring shows justifies the confidence of the flooring industry in all DOMOTEX shows. Exhibitors and visitors attend to show and find the latest trends, see the global market survey, share knowledge and benefit from the most efficient business platforms in the flooring industry.