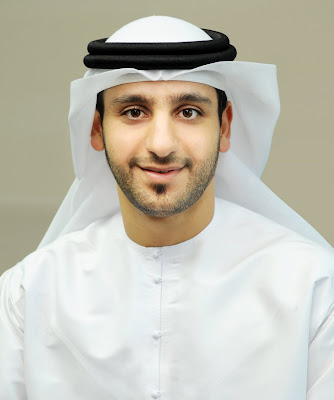 Dubai – Roads & Transport Authority:
It was announced by Mohammed Al Mudharreb, Director of Unified Automated Fare Collection Department (UAFC) at Corporate Technical Support Services Sector of Roads & Transport Authority (RTA), that the total number of unified cards (Nol Cards) sold since the initial offering on 22 August till the end of December 2009 totaled about 1.2 million Nol Silver Cards. The number of transactions in which Nol cards were used from the official launch on 09/09/09 till the end of December 2009 exceeded 48 million transactions topped by transaction made through public buses, and included more than 262 thousand transactions of paying parking fees applicable at RTA parking zones.

“From inception, the Dep’t has assumed the responsibility of delivering best-in-class services to customers, and was keen on diversifying the channels of service delivery. At the top of these channels comes the internet, where the Dep’t developed an integrated plan for delivering all services online in conformity with RTA Strategic Plan and the vision of Dubai e-Government. Other channels include RTA sales outlets such as Customer Service Centers, metro & buse stations, and RTA-appointed sales agents. The Dep’t has distributed over 1.7 million cards among various sales outlets that included metro & bus stations, RTA customer service centers, Carrefour, Spinney’s, Emirates NBD, and Rida Al Ansari Exchange” said Al Mudharreb.

Nol Card is a highly sophisticated electronic system that offers best and smooth services transport system users. The card is easily accessible and usable by the public, and the user has just to add a balance to the card in order to use it in various transport modes. The fare will be automatically calculated on the basis of pay as you go. RTA has issued 3 types of cards in Phase I of the system operation; Nol Silver & Gold Card, Nol Red Tickets, and then Nol Blue Card in November 2009; which was made available through Nol Card portal and Dubai Metro stations. These are personalized cards and can have a secure balance for users as well as other e-services to be announced later on.

Applications submitted online for obtaining Nol Blue Cards accounted for 70% of total cards sold from this category.
Posted by Imre Solt at 6:20 AM